Become the Producer instead of the Consumer

The answer to the world’s problems as well as our own is to decentralize everything and take back control of everything we need for survival.  In so doing, we have plenty to share rather than staying in constant state of “treading water” to stay afloat.

When we choose to develop an arcology economic system that produces far more than can be used by those who live in the arcology, we can begin to make plans to expand our sights to reach outside the community.  We can set community goals to build a duplicate arcology in an impoverished place in the world, we can export our abundance where it will do the most good.  Most of us would share our excess if we were in fact producing something we could share.  The most important transition is for each individual to "produce" something to share.

In today’s advanced world, how is it possible to for so many people starving to death when there are plenty of seeds to plant for survival?  The ground will always produce as long as we have seeds. We no longer have to wait for rain as our forefathers once did since we have the technology to drill wells or harvest water from the moisture in the air.  Owning seeds means that there is no such thing as food shortage.  Why can’t starving people be given seeds that will produce the food they need?

Owning such a large supply of foods in my own home storage caused me to imagine things I had never thought of before, like feeding the poor and needy. When I read about how such a small amount of rice can keep a starving child alive, then I realized that I could keep a number of people alive with my buckets of food. I stopped worrying if I might have too much food stored, more than my little family could ever eat. I became less concerned about storing “too much” food but instead began to figure out how and where I can store more, and how I could inspire you to do the same.  With all of the uncertainty and economic upheavals the world is experiencing at this time in history, many opportunities in the future will obviously arise to feed hungry people. This plan might save many lives; perhaps our own.

Do you think you can become the produce instead of the consumer?

What might be an obstacle in your own life?

Definition of sleeping giant: “one that has great but unrealized or newly emerging power”

Humanity is “The Sleeping Giant.” We cover the earth with unrealized yet newly emerging superpower that cannot be subdued. Millions of people are waking up to the fact that by uniting with “all humanity” we can have greater impact on the world around us. By coming together for a common purpose that we all can agree upon, we can form alliances with all spiritual people, regardless of religious affiliation.

By sheer numbers we can make the world a kinder place. All we have to do is realize that we are all the same in the most fundamental ways no matter which part of the ideological spectrum we are closest aligned with. This commonality starts with the need for survival. Once the basic needs are met, we have a deep desire for connection, to be loved and needed, being part of a family, a tribe, a community, and the world as a whole. These common needs are the superpower of the Sleeping Giant because they bind us into one big entity. When we focus on meeting the needs that we all have in common we find hope for a better world.

The Sleeping Giant has been lulled to sleep by division, because when we are focused on our differences it drastically changes our perception of who we are. We, the Sleeping Giant, have the perception that we are many little people who are alone and helpless, forced to allow unthinkable atrocities to happen in the world, because we feel no power to make it stop. We seem to be willing to divide over anything; religion, politics, race, nationality, gender, clothing style, music genre, etc. We allow the giant to be chopped into millions of separate pieces. In such a fragmented condition, the giant finds the gravity of the condition of the world is so overwhelming and stressful that we shrug our shoulders, hang our heads, give up, and settle down for a long winter’s nap. Our perception makes us accept that there is nothing else we can do but turn our backs on the real problems, pointing our fingers at our neighbor’s short-comings instead.

What do you think happens when the outward expression on the left column is not backed up by the heart-felt emotions of the right column?  Is it like a bank not having gold to back up their currency?  Could this be why so many people get hurt by so-called religious people and often lose their faith in religion as a whole? People looking at religion from the outside have to be able to see believers who walk the talk in order to fully trust and commit to the truths these believers offer.  Actions speak louder than words.

About 70% of Americans identify with the Christian faith. This number is down from 78% in 2007 due to the fact that about 1/3 of millennials have left what they call “man-made” religions to pursue something more authentic and meaningful.  They have greater insight into racism, sexism, and religious division than their parents did. This insight makes it difficult to feel completely comfortable in a church setting that is often based on out dated values of judgment and separation. They often encounter the “my team is better than yours” mentality instead of the “we are one” belief system.

We’re looking for people who dream of living in a world where everyone is safe and warm, fed and clothed, loved and respected.   We’re looking for people will never be happy with anything less than Global Well-Being because they know that we are all connected and what happens to one happens to all.  If that’s you, we would like to invite you to Global Well-Being Quarterly Retreats for personal and global well-being.

Ecumenical Interfaith groups understand that doctrine can easily be used by the enemy to “divide and conquer.”  In contrast we use the unifying qualities of the Global Well-Being vision, mission, core values, common needs, defined concerns and agreed upon solutions, we can avoid the division that waters down our power.  We can work side by side for the common good.

What are some of the benefits you can imagine from creating a spiritual alliance with other faiths?

Connection with The Creator.

Train our minds to follow the voice inside our hearts that leads us to our highest life purpose.

How would self-guided spiritual exploration differ from being taught a specific belief system? 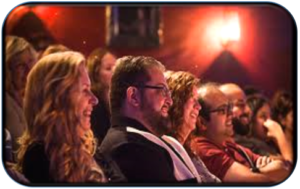 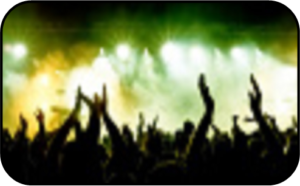 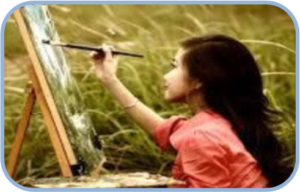 Artists, inventors, innovators and other creators must have support in order to offer the community their strengths.  The power of creation in any form can uplift and lead the community into greater well-being.  The empowerment center will provide the technology, machinery and marketing savvy to take an idea from start to finish.  The staff in the empowerment center will have the exciting job of developing people who have ideas.  The development process will have the objective of unlocking the potential within each individual to improve the lives of the members of the community and the world.

Are you an artist that creates art as a way to heal the world? If so, let us know!

Fill out the form below with a brief description of what you do.

Emotional Well-Being starts at a personal level and then radiates out from you to those around you like ripples on the water.  Successful relationships at home and at work depend on you taking the time to gain emotional well-being.  This expansion continues out to the community and to the global family as we cause a ripple effect with our own emotions.

Emotional vibration is the language of the universe.  Words are not necessary at times when great emotion is present.  We know exactly what someone is trying to say when they are in a highly emotional state.

This is also true for effective prayer.  “The fervent prayer of a righteous man availeth much.”  This scripture reference says that the level of sincere emotion that is motivating the prayer increases the possibility of the prayer being effective.

What about negative emotions?  What impact do they have on the universe? One can only speculate if emotions make things happen then negative emotions could bring about extremely undesirable outcomes such as riots or war.

In our Emotional Well-Being Workshop, you will become aware of your own emotions and the impact they are having on your life and your world.  You will also learn how to harness your emotions to bring about fantastic outcomes in your life and the world around you.

This is an important skill we must have if we hope to experience true and lasting well-being. 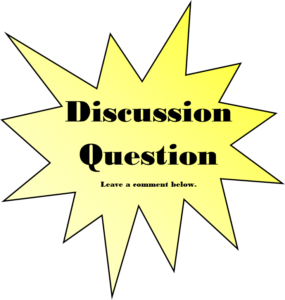 When making decisions, have you noticed the difference between what your mind says and what your heart says?